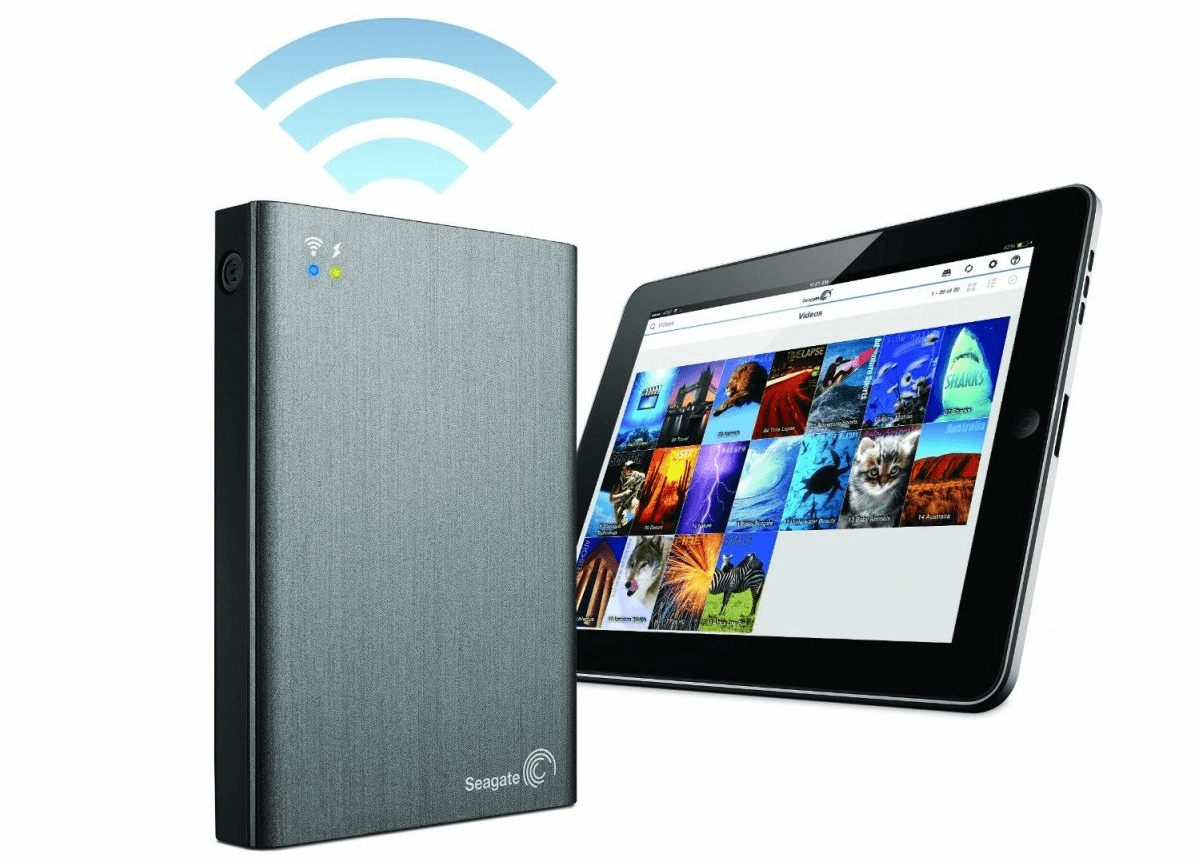 The Seagate Wireless Plus isn’t just your standard hard drive for all your files. What makes it special is that it broadcasts its own Wi-Fi network so you don’t need an internet connection to use it. It also means you won’t clog up the school internet if you were streaming HD video etc.

Another important feature for using the Wireless Plus in your classroom is the ability to connect multiple computers or tablets at the same time. For example, up to eight iPads can be connected, each accessing files simultaneously. The Wireless Plus can also be connected via USB to a classroom computer, allowing you to drag and drop files that are instantly available to view elsewhere.

You can access stored files using the Seagate Media app (for iOS or Android) where pupils can view or download specific items. It also sorts your media into categories: Video, Photos, Music and Documents.

The Wireless Plus also has a built-in battery so you can take it anywhere. It should last between 8-10 hours but will vary depending on the use. Streaming videos will obviously reduce the battery a lot quicker than accessing a few documents.

Perhaps the most important benefit of a personal hard drive is the security. It’s not stored with a 3rd party so you don’t have to worry about it being hacked.

*We tested the 1TB version which holds 64x the amount of storage when compared to the basic iPad 16GB.