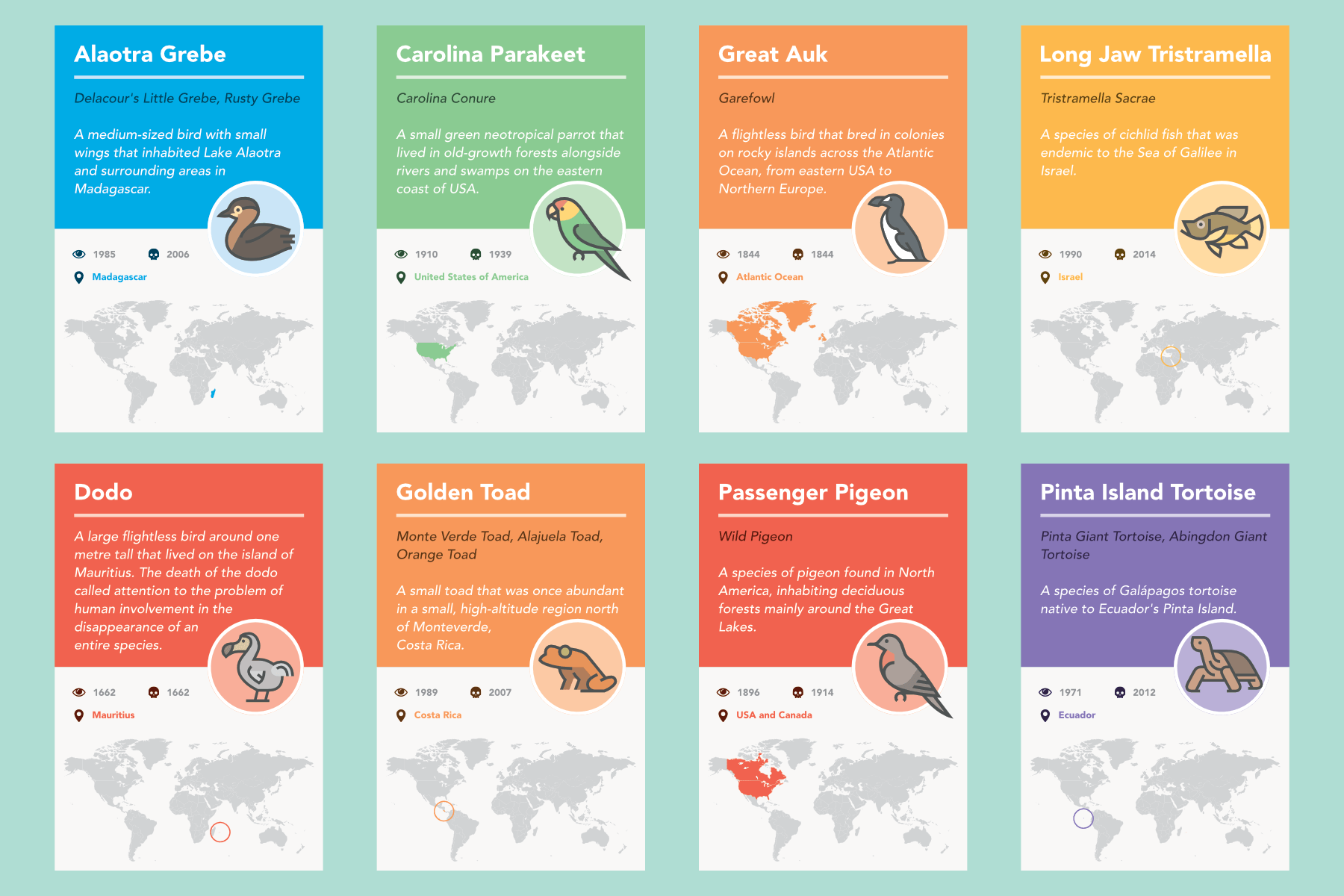 Our set of 10 cards raise awareness to some of the animals that have become extinct while humans have been around.

They could be used as a base for further research or as part of an environment topic.

Each card displays an animal, it’s name, where it was found, the last known wild sighting and the year it became officially extinct.