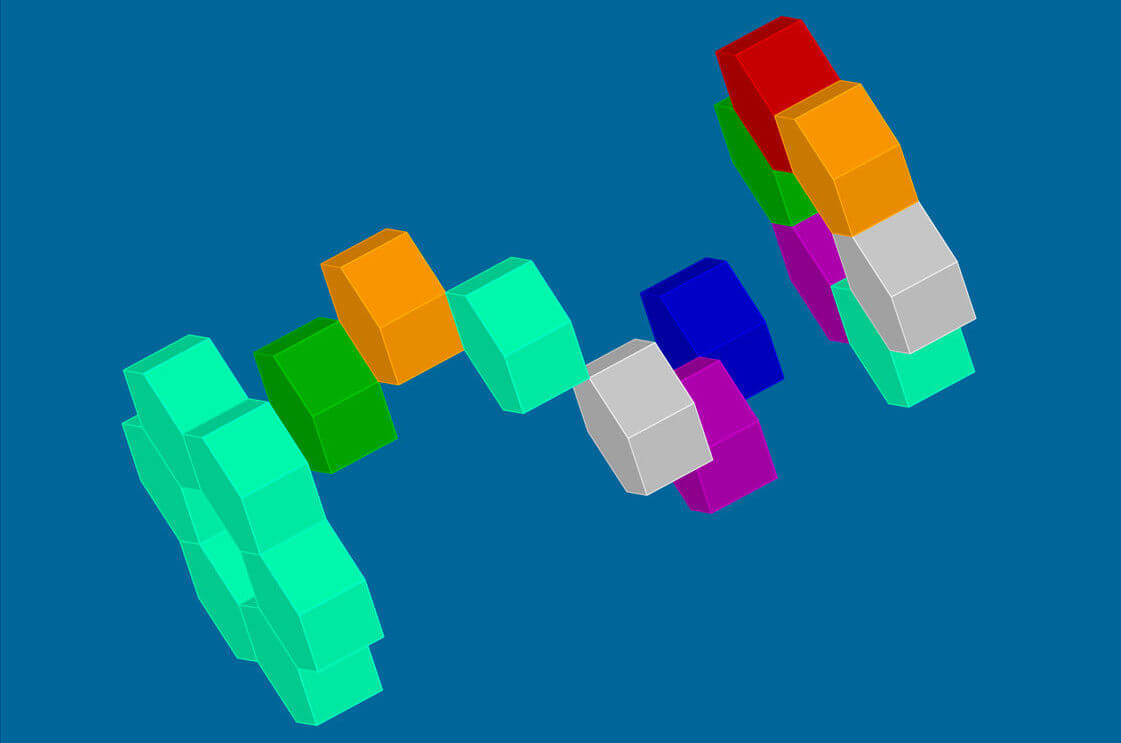 Layer recordings of singing, beatboxing or instruments in Loopy HD

Think 3D is a simple app all about shapes. You interact with them in a 3D environment, rotating them to see how they look and building upon their structure.

When you first start Think 3D you select the shape you’d like to work with, such as a cube, triangular prism, tetrahedron etc. When your chosen shape loads you can begin adding or subtracting pieces using the plus and minus buttons. For example, by highlighting the ‘+’ button, you tap on the shape surface and another shape will be built on that side. When removing shapes, it’s the complete opposite.

The app uses a number of touch gestures to control the 3D shape — many of which will be recognisable to an iPad user. By moving a single finger across the shape it will rotate — using the original place you touched as an axis. You can also flick your finger across the screen to watch it spin on its own. The developers have done a great job at giving you controls that you’d expect. It’s almost like the shape is physically right in front of you.

A particularly convenient feature of Think 3D is the option to save your built objects. The saved file can then be emailed to another iPad and opened again on another device to edit or view. Your designs can also be saved as a basic image if you wanted to show off the best or most complex view.

Think 3D could be used in a number of ways and will certainly help promote spatial awareness. If you just want to work with cubes, you can download their free version and decide to upgrade later.