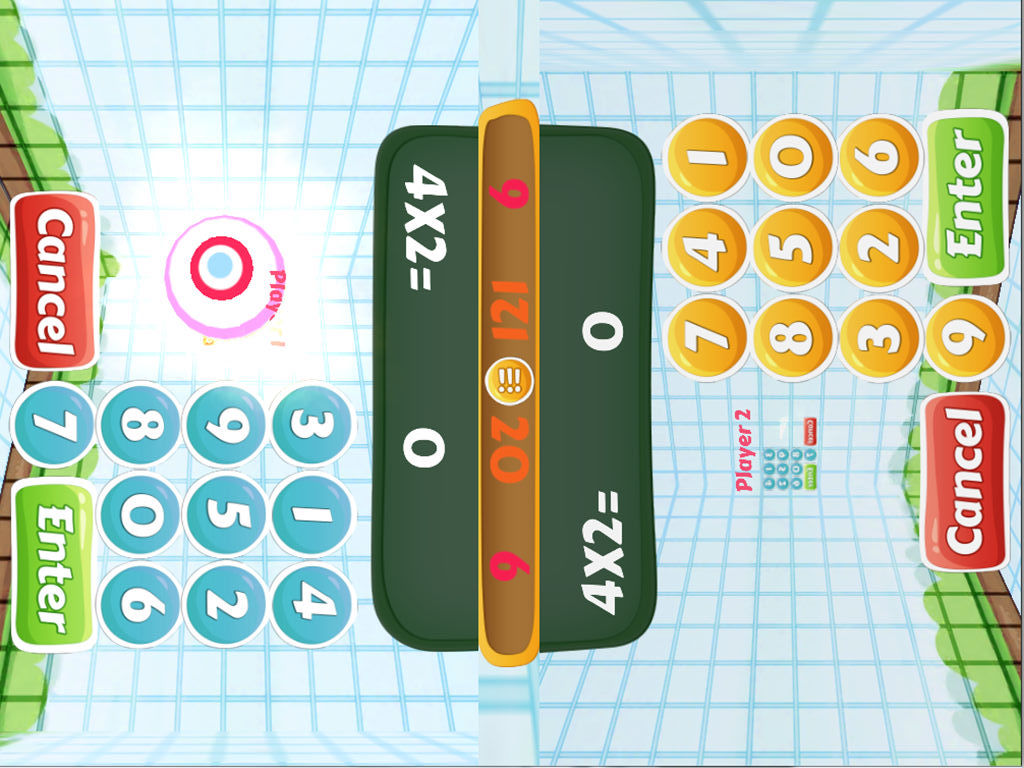 Airplay Intercom: Broadcast your voice to an Airplay audio device

Math Party is a fun app, where two players go head-to-head in a battle of numbers. The screen gets split into two sections and each player can control their side of the iPad.

Although the app is limited in features, it does provide a lot of entertainment. It looks a lot like a game which will appeal to many, and the added competition of a duel will certainly motivate those who play.

As Math Party is such a basic app, we couldn’t help but think what it could have been. Scoreboards, league tables, knockout games etc. would all add to the app and add a bit of organisation. Have a student that is five matches unbeaten and everyone would be lining up for a chance to steal their crown. As it stands, a pen and paper will have to suffice.

Marble Math is a classic Labyrinth-style game with numbers

Tydlig: The smartest calculator in the App Store