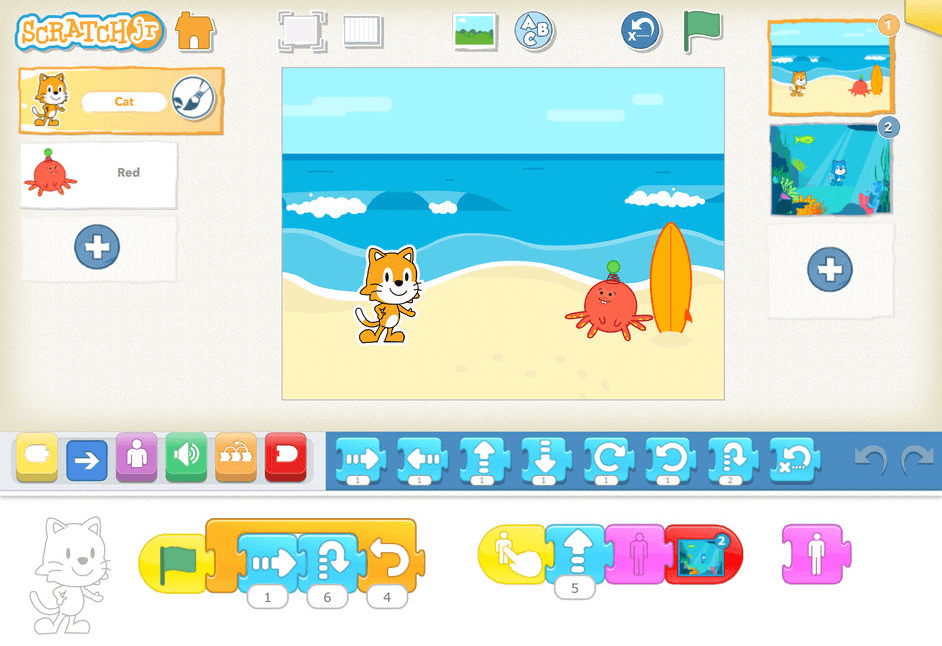 The official ScratchJr app is an easier version of Scratch, where children can create stories, games, and animations by using coding principles. Rather than writing code, Scratch and ScratchJr uses coloured blocks that are slotted together like a jigsaw, so creating basic animations are as simple as choosing an action and joining it with another.

The app includes a tutorial video in the help section which will help clear up any questions you have before you begin — but a lot of the buttons are self-explanatory and can be learnt just by pressing them and seeing the outcome.

The app includes a number of backgrounds for your projects, including a theatre stage, basketball court, the four seasons and more. There’s also an extensive collection of objects consisting of characters and other elements for you to add. If you can’t find the design you want, you could try drawing your own using the blank canvas option and various colours. Surprisingly, the app automatically cuts out your drawing so that it appears like a standalone object.

Overall, if you’re looking for an introduction to coding and how it works, there’s no better place to start than ScratchJr. Although it’s ideal for KS1 learners, it’s certainly worthwhile for KS2 students as a stepping stone to more complex Scratch projects.

Available for iOS and Android.

How to control a Raspberry Pi using an iPad