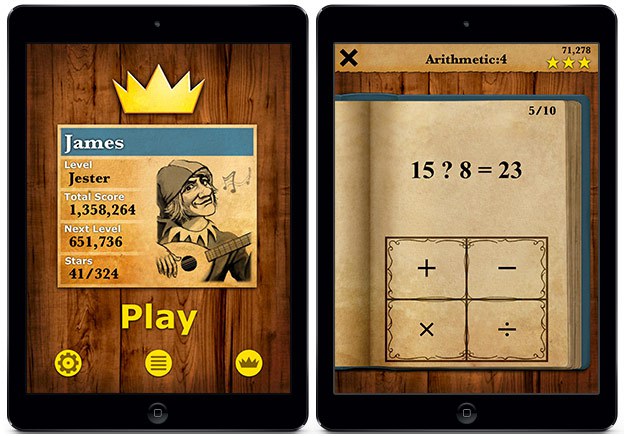 In a lot of maths games and apps, interest can fade quite quickly. But thanks to the achievements and star ratings, like popular games Angry Birds and Cut the Rope, King of Maths seems to keep pupils motivated for a longer period of time.

When you first start the app, you can select whether you’d like to play as a male or female character. You then answer various maths questions such as addition, division, geometry, fractions and statistics, in order to ‘level up’ your character and collect points. These add up over time and help with your pursuit of becoming the King of Maths.

Overall, we’re very impressed with the sheer volume of questions that are in King of Maths. There’s so many areas covered and the use of achievements is not only clever, but effective.

The app is £2.99 but you can tryout a few levels for free in their basic version. They also have a junior version for younger learners.