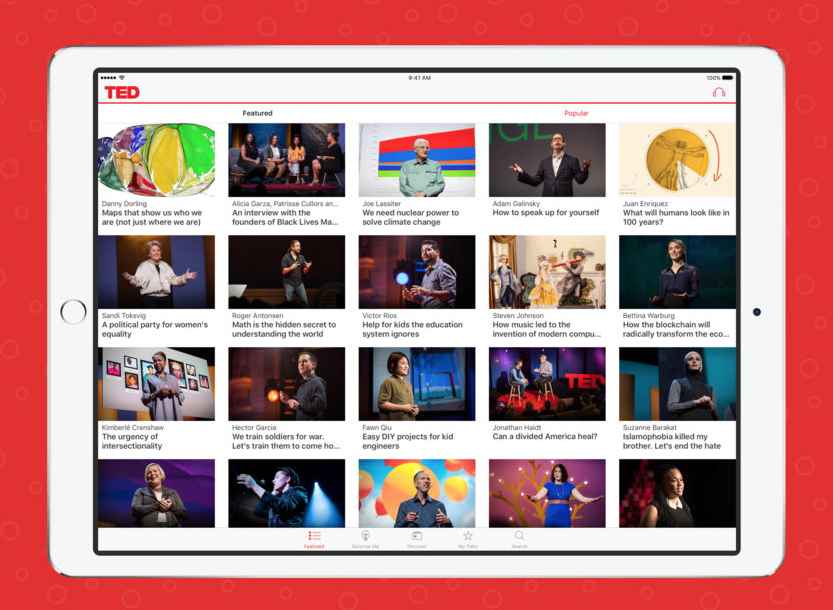 Share step by step guides with the Snapguide app

If you haven’t checked out TED Talks, you’re missing out. Over a thousand talks are available to watch for free on your mobile device or via their website: TED.com.

There are a number of educational videos as well as a dedicated TED-Ed section (from the ‘All Talks’ screen just look for the TED-Ed tag). You can bookmark talks to watch later and even download a specific talk to watch when you have no internet connection.

TED Talks are filmed at conferences that take place in three primary locations, including Edinburgh, where they host the annual TEDGlobal conference each summer. Since they began in 1990, TED conferences have produced a huge collection of brilliant talks and performances by some of the world’s most fascinating thinkers and doers. They now also offer the TEDPrize (a whopping $1million) which is awarded annually to an exceptional individual that has inspired the world. The speakers, who range from Bill Gates to Bill Clinton, are given a maximum of 18 minutes to express their ideas or thoughts. Our personal favourite is by Arthur Benjamin, who combines his two passions of maths and magic to create Mathemagic.

TED is available for Android and iOS.

Tips for filming with a smartphone or tablet camera