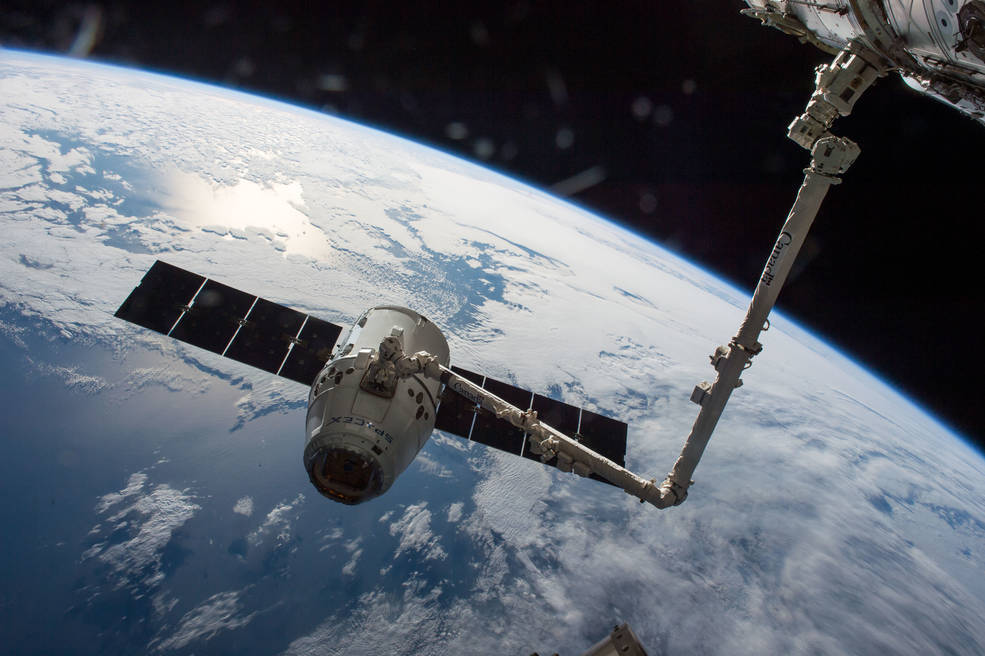 PhotoSync transfers your photos between a mobile device and a computer

The International Space Station is a huge science lab in the stars, and home to many astronauts from around the world. It was launched in 1998 and people have lived in it since the year 2000 — researching and learning about space. It’s currently zooming around earth at the rate of about 5 miles every second.

Recently, NASA have attached an HD camera to the outside of the ISS, so we earthlings can see what it’s like to be orbiting around the world we live. The camera is enclosed within a pressurised and temperature controlled housing which then transmits the data back to earth.

In addition to the stream, if you want to track the location of the ISS on your iPad, you can do so with the free ISS Spotter app. This allows you to set alerts when the ISS is approaching, so you can look up on a clear night and watch it travel across the sky.

Phases of the Moon

Maps.Me is an offline map solution for anywhere in the world